I agree that dams are needed for the country’s water needs, but dams are also one of the major causes of land degradation and many other problems.

When a dam is constructed, the river flow is disrupted and water runs into a vegetated area and the vegetation there die off. The rotting of their bodies release methane into the atmosphere which is a greenhouse gas. This further increases global warming. 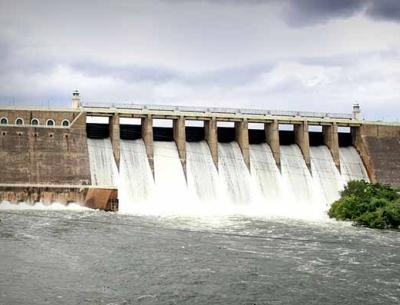 And anyway, how can a dam be constructed in Chennai? There is already no space and even if it is to be done on the outskirts, where do we have a good river? All rivers are sewage lines now. We need space, enough water and high slope (which is absent in Chennai) for building a dam.

A dam can disturb the ecosystem by blocking the migration of marine species and preventing the natural flow of a river. About 45000 dams in the world are known to have caused some or other problems.

But yes, dams are required, but I would prefer to say that dams are a necessary evil. We do need them for storage of water, because we are becoming less dependent on rainfall. We have to accept them grudgingly for the greater good.

But, there is one alternative. I feel Ground water is much more effective than dams. It does not cause environmental problems nor does it displace people. But groundwater too has its own share of problems – we can’t produce hydroelectricity from it.

I would accept dams provided they are fully utilized. For that corruption needs to be eradicated. That is why in India, even though there are so many dams, half of the country faces water shortage. For example, the Narmada Sarovar Dam does not provide much water to the nearby people, but about 3 million litres of water is given to the soft drink and the car manufacturing Plant nearby. If this is the case, why construct such dams?

Can we have a Dam in Chennai? | Environmental Consequences of a Dam – Discussion
Tagged on: Children Speech    School Essays