Good Morning to one and all present here. As you all know, we have gathered here today to celebrate children’s day. On this occasion, I would like to give a small speech on Children’s Day. 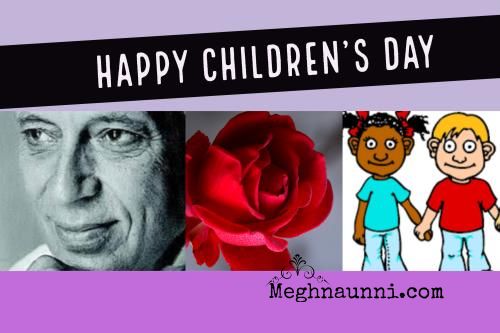 Children’s Day is celebrated every year on November 14, which commemorates the birthday of India’s First Prime Minister and Freedom Fighter Pandit Jawaharlal Nehru. Children fondly call him Chacha Nehru. He had tremendous love for children. So as a tribute to the great soul, we celebrate children’s day on his birthday.

Pandit Nehru was born in Allahabad on November 14, 1889 to Motilal Nehru, a lawyer and Swaroop Rani. Nehruji was a lawyer by profession and was educated at the Cambridge University, England. He was married to Kamala Kaul and had a daughter, Indira Gandhi, who went on to become India’s first woman Prime Minister.

During the freedom struggle, Nehru was jailed on many occasions and he used to write letters to his daughter Indira from the prison. These letters were later published as a book titled “Letters from a Father to His Daughter”. Let’s all read this book in which Nehruji wrote about world civilizations and many other topics, which will be very useful for children like us.

Pandit Jawaharlal Nehru was a great political reader, writer and lawyer. He fought for the freedom of our country, later became the Prime Minister of India and worked hard for the prosperity of the newly independant India, until his demise in 1964.

Let us pay tribute to Chacha Nehru by gaining more knowledge, being good citizens of our country and contribute to the growth of our Motherland, as he himself did.

With this I conclude my speech. Wish you all a very Happy Children’s Day.