Vakula Devi & the Sad Story of her Temple. This temple dedicated to Vakula Devi is near Tirupati Temple in Andhra Pradesh. It is really sad to see the condition of the temple and this place is an example of the destruction caused by many invaders of our country. 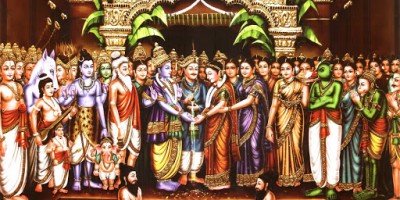 Let’s go to the story of Vakula Devi. In Dwapara Yuga, Yashoda couldn’t witness any of Lord Krishna’s marriages. When she complains about this, Lord Vishnu blesses her that she would get such a chance in her next birth. Thus, in Kali Yuga, Lord Vishnu was born as Srinivasa and Yashoda as Vakula Devi, the foster mother of Srinivasa.

She was able to witness the grand ceremony of Srinivasa Kalyanam and fulfilled her wish from her previous birth. Vakula Devi had a very close relationship with Srinivasa (Also known as Lord Venkateshwara). Hence a temple was built in her name on the Perurubanda hillock in the Peruru Village in Tirupati.

It was such an important temple in the earlier days that before offerings were made to Lord Venkateshwara, Naivedyam was first done for 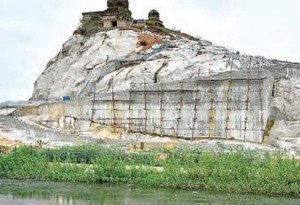 Vakulamaatha at her temple. The the priests would ring huge bells to signal the priests at the main Tirupati Temple, who would start the offerings for Lord Venkateshwara.

The temple was constructed in such a way that Vakulamaatha faces her son at Tirupati. But the temple lost its glory and riches. It is said that Hyder Ali of the Mysore Sultanate plundered the temple of its riches and destroyed it as part of the expansion of his kingdom. There is no idol inside the temple now since it was destroyed and the temple is in a very bad condition now.

Vakula Devi & the Sad Story of her Temple
Tagged on: Writings

2 thoughts on “Vakula Devi & the Sad Story of her Temple”