PARASHURĀMA AVATAR
.
In this one, I tried to include Parashuramar killing Kartavirya Arjuna (he has a thousand hands) with his axe. I kind of liked the unintentional watercolor paint effects in the background. 😂🙊

P.S.:This pose was modelled by me🙈 no reference pictures used🎨
.
When the fire of the fury of the Lord as a Sage was roused by the killing of his father Jamadagni, by the sons of king Kartavirya Arjuna, He wiped out with a vengeance 21 generations of the Royal clan from the face of the earth. He gave away the earth in a Yagjna and retired to a land, which He reclaimed, from the Sea. Let this Lord rid the miseries of the world right from the four faced Brahma to the lowest of creatures. 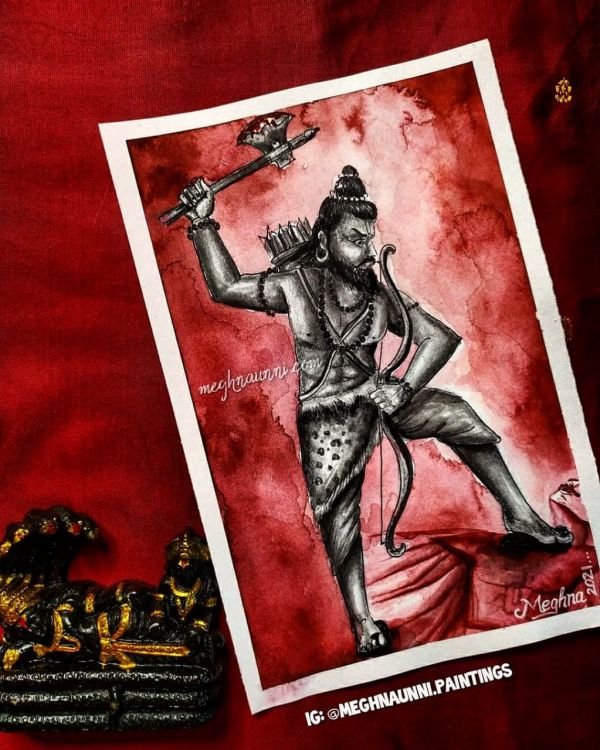 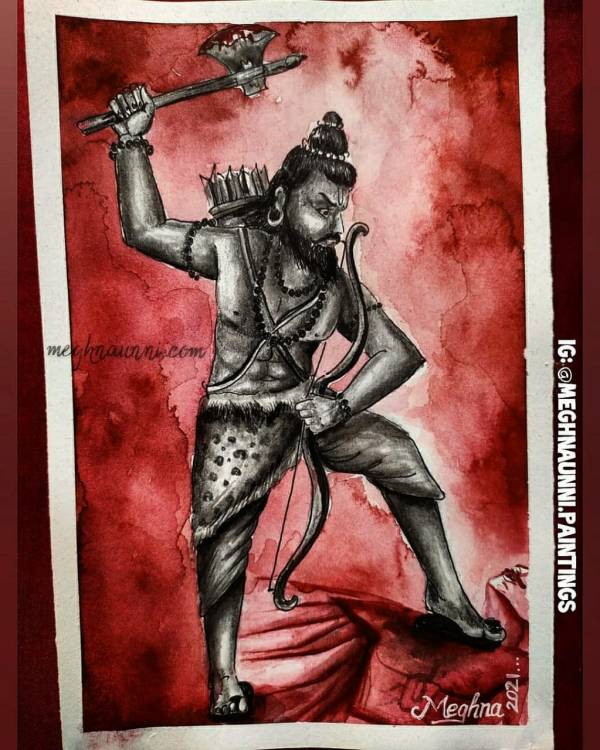