LIGHTYEAR: A JOURNEY TO INFINITY AND BEYOND.

‘Lightyear’ from Walt Disney and Pixar Animation Studios is a spin-off film from the ‘Toy Story’ franchise which was a huge success, right from the first movie. We’ve all known Buzz Lightyear as our determined co-leader of Andy’s toys and loyal friend of Sheriff Woody all these years through four Toy Story movies and their various short films. This new movie, Lightyear is the movie which Andy Davis saw as a child and became an instant fan of. And we know how he got a brand new Buzz Lightyear toy as a gift for his very next birthday and all the drama that happens later. But this is not exactly the Toy Story Buzz we know. This Buzz is not a toy, he’s a real human, a real space ranger. 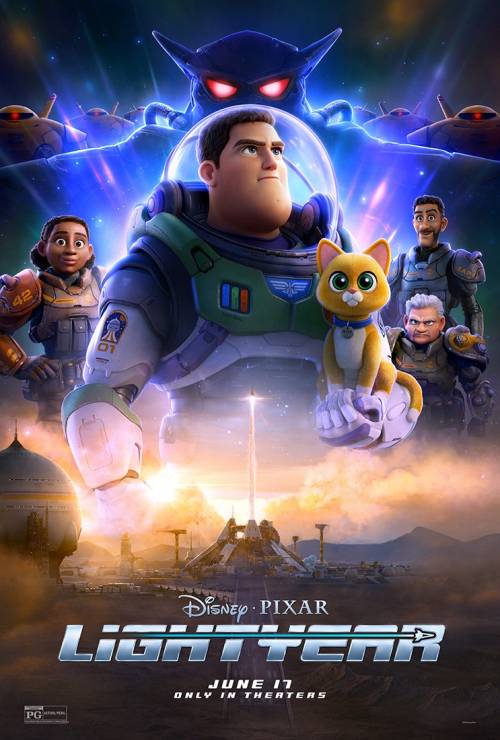 Though not related to the events of the ‘Toy Story’ movies in any way, enthusiastic Disney and Pixar fans like myself were still able to recognise many lines that appear in the Toy Story movies. Of course, Buzz’s iconic catchphrase, “To infinity…and beyond!” is mentioned several times throughout the movie, as are the lines which the toy Buzz Lightyear says when he first appears in the ‘Toy Story’ universe: “Buzz Lightyear to Star Command. Come in, Star Command” and “Buzz Lightyear Mission Log. Stardate 4072: My ship has run off course en route to sector 12. I’ve crash landed on a strange planet.” Also this line, “Terrain seems a bit unstable…No read-out yet if the air is breathable… and there seems to be no sign of intelligent life anywhere.”

When such familiar lines appeared, they brought a smile to my face. They really did connect the real Buzz to the toy Buzz by bringing in certain characteristics we’re familiar with, like talking to his communicator on his arm even though there’s no response from it, his side-wings (I was certainly grinning when those opened up on the theatre-screen), his iconic karate chop action, and his stubbornness, to name a few. Of course, Zurg is a main character in this movie, and the sequence we see in Toy Story 2 where Buzz meets Zurg is referenced a little here, where Buzz and Zurg have their battle and finally Zurg is revealed to be Buzz’s father. Even though in Lightyear Zurg is not actually Buzz’s father, the joke still appears and makes fans enthusiastic.

Lightyear is a dazzling film that takes you to infinity and beyond. A lot of things are explored in this movie: time-travel, hyper-speed, crystalic-fusion fuel, settling in a foreign planet for decades, battling alien creatures and most of all, forming a team to battle for life from scratch.

There are enough humour, cliffhangers and jumpscares to keep your eyes glued to the screen all the time. Not to be forgotten, we also have a faithful sidekick (a must in every Disney movie) but this time the sidekick has a more worthy role in the story than most Disney sidekicks.

A must-watch for all Pixar and Toy Story fans, Lightyear is definitely a movie that can impress you. Of course, the animation is pure gold, at certain moments it is really hard to believe that the sequence is animated and not real. A neatly-woven story, though the ending got me a bit confused. The movie sends a message to its viewers: never stop chasing your dreams, never stop working hard to achieve your goal or to correct a mistake. And also don’t let your regret and guilt form an alter-ego of yourself which grows into destroying everything you currently love and wiping out entire memories. Buzz Lightyear to the rescue!

LIGHTYEAR: A JOURNEY TO INFINITY AND BEYOND | Movie Review
Tagged on: movie review

One thought on “LIGHTYEAR: A JOURNEY TO INFINITY AND BEYOND | Movie Review”