Frozen 2 released last year, and many are back on the ‘Frozen’ chill. So, I re-watched Frozen, and here’s my review… 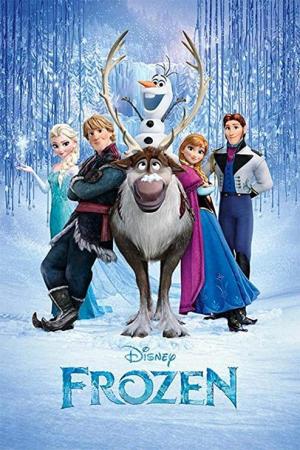 Frozen was a super-hit movie and will remain to be a favourite of many. The animations were amazing, the songs were superb, dialogues were heart-touching, and many scenes melted our hearts. Here is a small summary on the story…

Elsa and Anna, the princesses of Arendelle grow up separated because of Elsa’s power to generate ice and snow. After their parent’s death, on the eve of Elsa’s coronation, Anna wants to marry Prince Hans, one of the guests. Elsa refuses and on Anna’s pestering questions, accidentally unleashes her power before the guests and shocks the crowds. Fear made her run away into the North Mountains, and an icy winter covers Arendelle. Anna, who did not know about Elsa’s power, determindedly goes out in search of her to stop this weather.

On her way, she meets Kristoff, an iceman, Sven, his reindeer and Olaf, a talking snowman made by Elsa. With their help, she finds Elsa living alone in a massive ice palace. She informs her about the winter she set off, and Elsa in her fear, unintentionally strikes Anna in the heart, thus freezing it. Elsa chases them out by making a violent snow giant. Kristoff takes Anna to the trolls in order to heal her frozen heart.

Meanwhile, Hans and his men reach Elsa’s palace in search of Anna. They capture Elsa and jail her in Arendelle. The troll leader Grand Pabbie informs Anna that she would freeze forever because of Elsa’s spell, and that only an act of true love would save her. Kristoff takes her back to Hans for the true love’s kiss. Anna and Hans almost kiss, but then Hans reveals that his love for Anna was only a plot to seize the throne. He leaves Anna to die in the cold room and announces that she is dead. He orders for Elsa to be sentenced to death, but finds out that she has escaped her cell.

Meanwhile, Olaf finds Anna and reveals that Kristoff loves Anna and they set out to find Kristoff, who had returned to Arendelle, seeing the blizzard generated by Elsa. Hans tells Elsa that Anna was killed because of her. Elsa is devastated and the blizzard comes to a standstill. Anna almost finds Kristoff, and reaches out to him, when she sees Hans about to kill Elsa. She turns away from Kristoff and uses her remaining strength to stop Hans from killing Elsa, and she freezes.

Elsa mourns for Anna, but slowly Anna thaws back. Saving Elsa was her act of true love, which saved her life too. Realizing that love is the key to all problems, and that love will thaw ice, Elsa successfully removes the icy winter from Arendelle, and restores summer. Hans is exiled; Anna and Kristoff unite and Elsa restores her position as Queen of Arendelle. 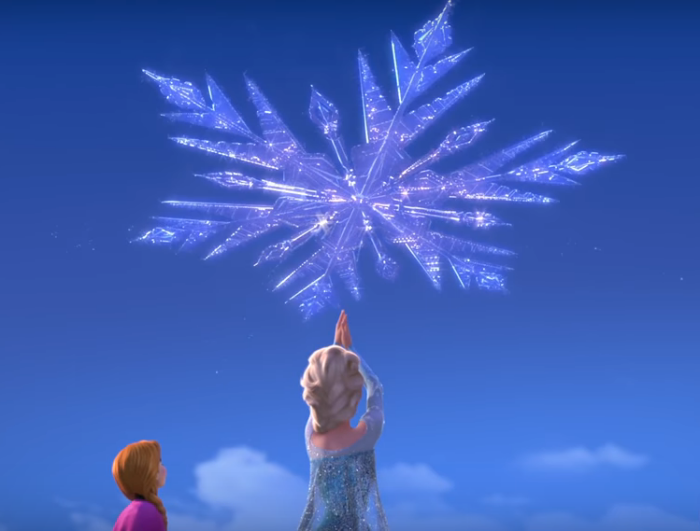 The songs in this movie are:

Ice-men cut and harvest ice in the outskirts of Arendelle kingdom. The movie starts with this scene and the workers singing this song, which tells ice is beautiful, but powerful, even than a hundred men.

2. Do you wanna build a snowman?

After the accident during playing, Anna and Elsa are separated from each other. Little Anna sings out to her sister Elsa to come out and play. In her loneliness, she even starts talking to the paintings on the walls. This song also informs the viewers about their parents death.

3. For the First Time in Forever

Anna sings out to express her excitedness and happiness in opening the gates after so many years, on the eve of Elsa’s coronation. She also expects to find true love and dances around the palace in excitement. Elsa is nervous whether she would accidentally reveal her powers to the people. 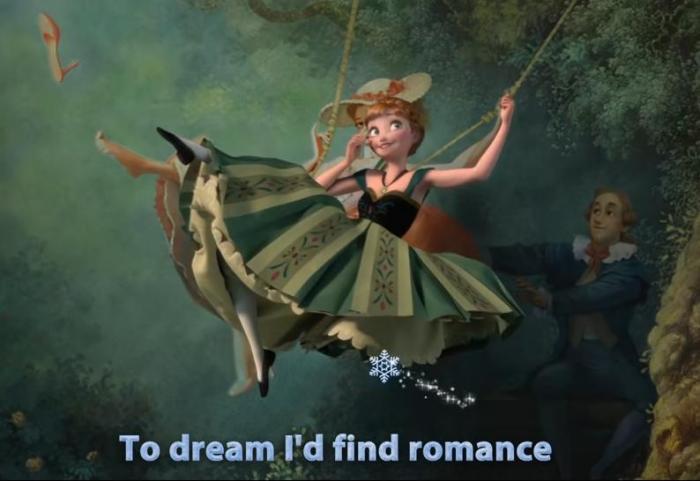 Anna meets Hans, and they both talk and spend time with each other. Eventually, Anna falls into love with him. In the end, Hans proposes to Anna. 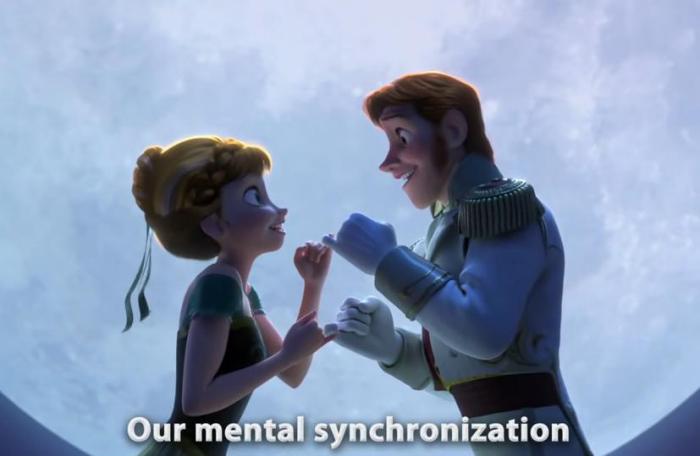 The most famous song of the movie, which won many prestigious awards. Elsa sings her heart out, feeling that she has never been so free before. She decides to test her powers, and creates a magical ice castle, gives herself a new makeover and starts living alone in the grand palace. 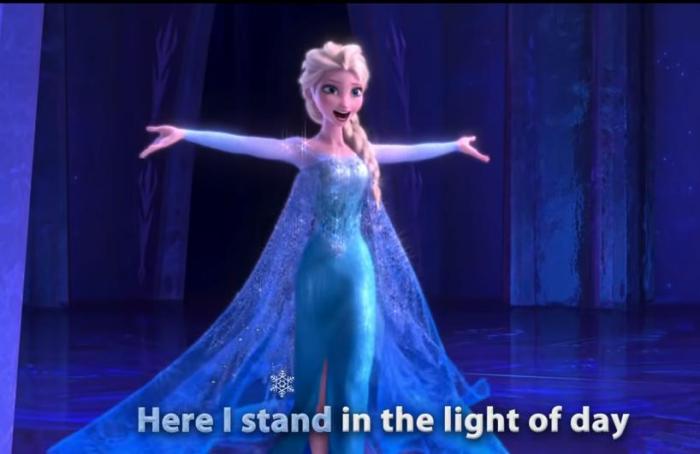 6. Reindeers are Better than People

Kristoff sings this to his reindeer, Sven. He is a shy, isolated man who is friendly only around Sven. He sings how reindeers are actually better than people, by claiming that people will curse, beat and cheat you! 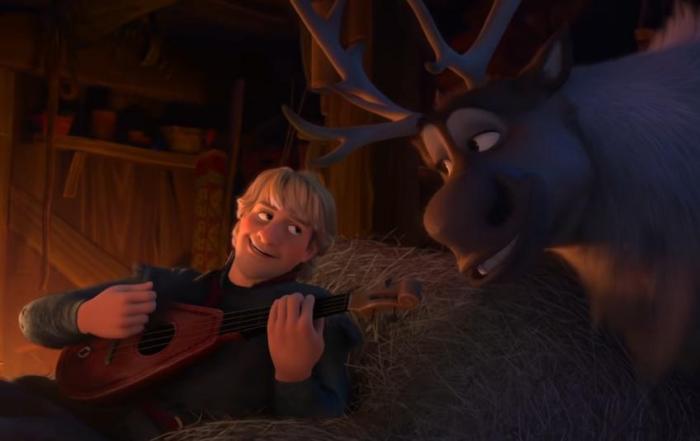 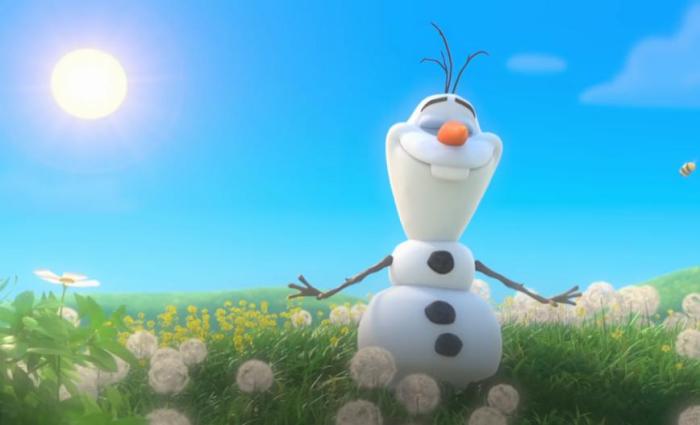 8. For the First Time in Forever (Reprise)

Anna reaches the ice castle. She implores Elsa to not be fearful again; that she has Anna to support her. Elsa is again ever-hesitant to be any more closer and finally Anna informs Elsa about the winter and Elsa, in her fear, strikes Anna in the heart. 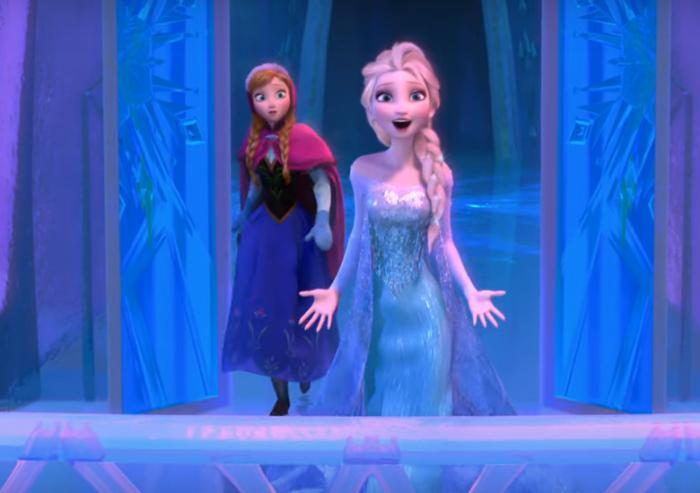 Kristoff brings Anna to the trolls, who are convinced that Anna and Kristoff are in love. Both of them deny it, but the trolls don’t stop singing, and they decide to conduct their marriage. When Anna realizes what was going on, she collapses due to the ice spreading inside her. 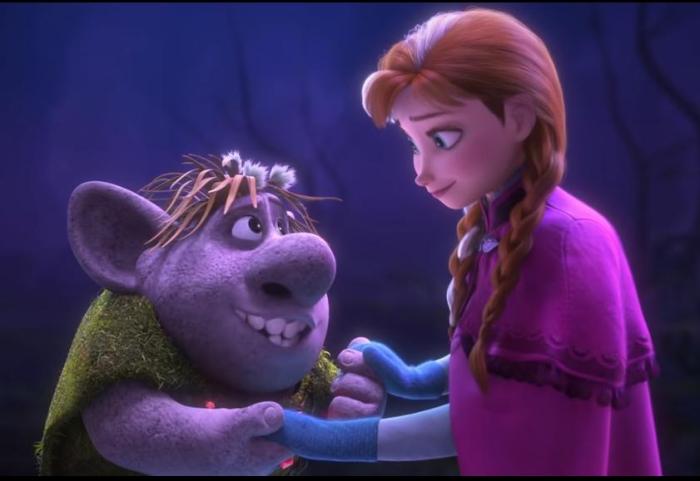 There are so many reasons why this film is a must-watch. In terms of animation, the best scene is when Elsa builds her ice palace, but not excluding all the other scenes! The arguments between Anna and Elsa before and after Elsa runs away are also tearful. The moment when Elsa says, “I said enough!” and unleashes her secret power before the guests just brings me goosebumps! Not to mention the building of the ice castle and Elsa changing into her icy gown. 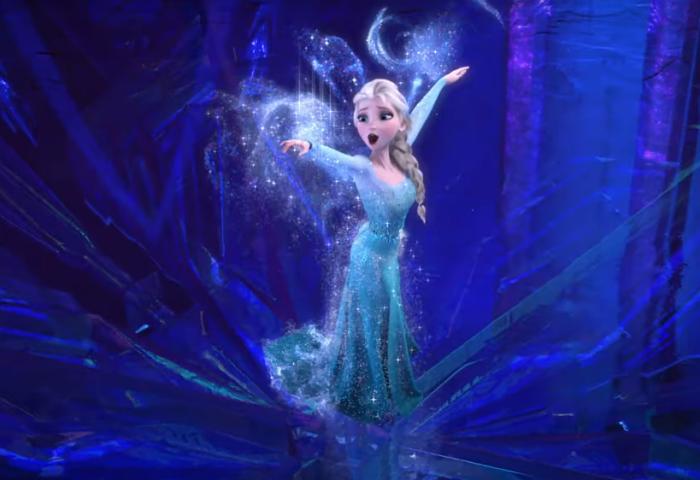 The adventure of Anna and her friends in the search for Elsa is also very interesting. But no one is more interesting than Olaf of course. After asking many Frozen watchers, I found out that most people’s favourite character was Olaf. Many loved Anna too. Olaf’s dialogues are the best. His best dialogue, “Some people are worth melting for…” is still famous. And no one will ever forget his love for summer and warm hugs!

Another goosebumps scene is when Elsa realizes that “Love will thaw” and ends the winter in Arendelle. Similarly, when the snow-giant Marshmallow chases Anna and Kristoff out also brings our hair on end. And the most cutest scene is probably, the scene in which little Elsa and Anna play in Elsa’s snowy world! 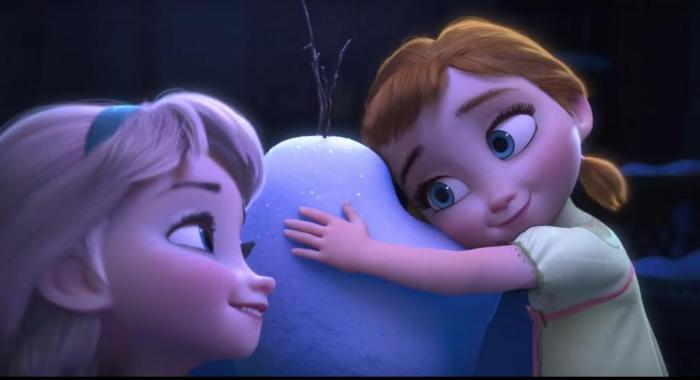 To sum things up, Frozen is an amazing film which will forever remain in the minds of its viewers. The characters will stay in our hearts and we will continue singing its amazingly written songs.

One thought on “MY MOVIE REVIEW : FROZEN”