Reading the title, you may or may not be confused, but what I wanted to convey was about my experience watching the movie, Jurassic Park. 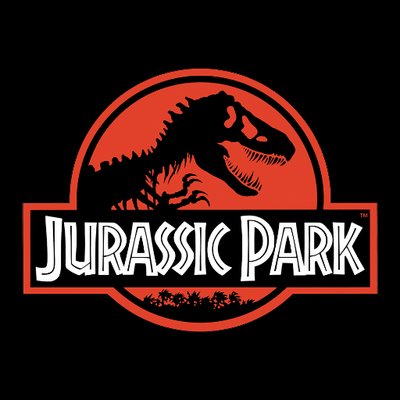 It was a really amazing experience. I never thought such an old movie, filmed in 1993, could be so excellently thrilling. I got to know the names of many dinosaurs like the T-rex, Velociraptors, Brachiosaurus, and Dilophosaurus.

I really loved the way they created tension in some scenes of the movie. When Mr.Grant says that the T-rex responds only to movement, the kids, Lex and Tim, unintentionally move a torch, grasping the attention of the dino. Music is never needed in such scenes to make it terrifying; it hooks the audience’s breath on its own. 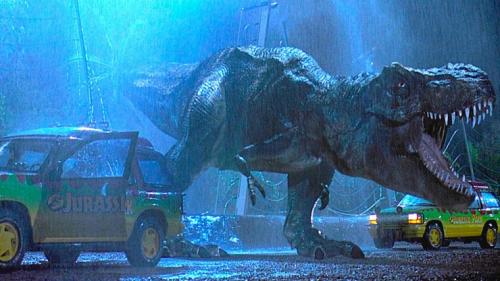 Since I recently finished my 10th boards, it was very easy to understand things like genetic engineering, gene mutation, fossilization through amber etc., shown clearly in the movie! I was so satisfied that I could remember something that was taught at school at times such like these. The concept of using an amber-fossilized mosquitoe’s blood to get the dinosaur’s DNA was just flabbergasting. One moment I was like, How is this even possible?, and then the next second I’m like, Oh my God, it all just makes sense!

I loved the roles of Tim and Lex. You can’t deny they weren’t brave. I would have lost my mind on seeing a real dinosaur, making its way to our car to have us as dinner.

Some scenes were just unbelievably amazing, but horrific at the same time. For example, when Ellie goes to switch on the electricity for all the fences, Alan, Tim and Lex are climbing their way in through the fence, just moments away from being electrified to death. And when the T-rex smashed the car with poor Tim inside, I had really thought he was no more. The betrayal of Nedry was way too outrageous that spoilt everything, putting everyone’s life in dino-danger. Malcolm’s ‘Chaos Theory’ and his sarcasm added humour to the plot. It was a relief when Hammond decided to not open the park, when it was swarming with deathly dinosaurs on the loose.

The whole film was heart-stopping, because dinosaurs emerge from nowhere from when their fences were de-electrified, and you couldn’t expect when and where they’d come and eat you up. The kitchen scene was just terrifying; two kids battling their way out from minacious Velociraptors is something worse than you can ever imagine. And Lex’s hacking of the computer was way too amazing.

The only stupid thing I ever found in this film was the arrangement called ‘Electric Cars’. These so-called, self-driving cars gave their riders nothing but deathly danger and clear peril. It was only because of these cars that all the tourists had to go through such a risky, life-threatening experience, that they would never ever forget in their life (nor would I). And I would never forgive Hammond for coming up with such a threatening idea that would jeopardize the entire community of mankind.