Kunti Devi From Mahabharata: A Character Sketch from my views and understanding of the great epic.

The Mahabharata is a vast epic. It has enormous number of characters: heroes, heroines, mothers, fathers, uncles, aunts, cousins, siblings, friends and Gods. One of the main characters out of them was Kunti Devi, the mother of the five Pandavas.

Kunti, known as Pritha in her childhood, was the biological daughter of King Surasena. She was the sister of Lord Krishna’s father Vasudeva, hence his paternal aunt. He gave Pritha to King Kuntibhoja as he was childless, and hence she was named Kunti. Once when sage Durvasa visited them, he was pleased with Kunti’s service, and gifted her a mantra, that would help her invoke any God and beget a child by him.

Young and curious whether the mantra would work, Kunti tested it. She invoked Surya, the Sun God, and he gave her a child, born with a golden armour and earrings (Kavacha-Kundalas), who came to be known later as Karna. But, Kunti was just a teen at that time. She feared what the public would think of her, and she abandoned Karna as a baby. This act of hers ruined Karna’s life, making his status a low caste. 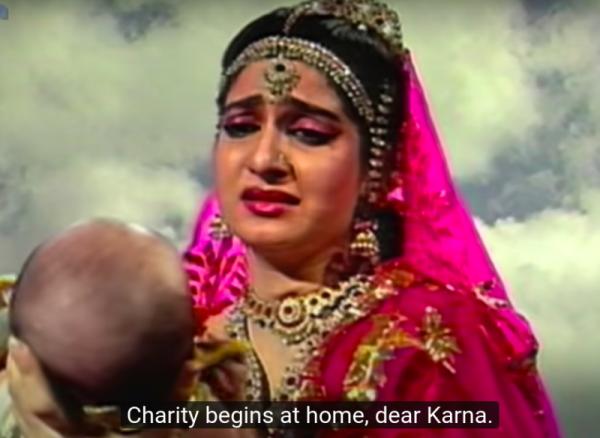 Kunti married King Pandu of Hastinapur at her swayamvar. After Pandu’s curse by sage Kindama, he couldn’t touch his wives. He also didn’t want to die childless. At that time, Kunti told him about her mantra from sage Durvasa. Through this mantra, the Pandavas were born.

After Pandu died and Madri committed Sati, Kunti was left helpless in the forest with five children. She brought them to Hastinapur, which was rightfully their home. She took care of Madri’s sons Nakula and Sahadeva, as though they were her own sons, and never discriminated them in any way. In fact, her favourite son was Sahadeva. She was fierce and bold, and she brought up the Pandavas, inculcating in them the values of dharma, brotherhood, and politeness, which made them fine Kshatriyas. She maintained a cordial relationship with Gandhari, even though both their sons were always being daggers at each other.

She ensured that her own sons never fought with each other. She taught them that elders, whether good or bad, need to be respected. She loved all her sons equally. She never disrespected Hastinapur or its king, Dhritharashtra, even though her sons never found peace there.

She forgave all the misdeeds and crimes done by Duryodhan, his brothers and uncle Shakuni. She also recognised Karna as her own son through his Kavacha-kundalas, but never spoke it out, for fear of shame. As a result, her own son Arjuna killed his elder brother Karna without knowing Kunti’s secret. 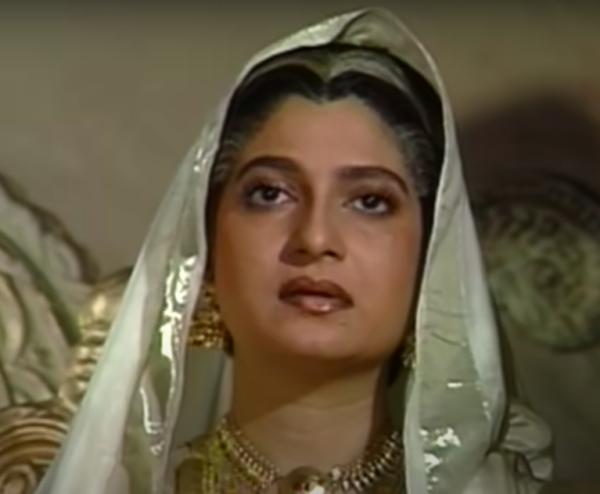 It was because of Kunti’s hasty command that Draupadi had to undergo such a destructive, and shameful life. She didn’t want her sons to fight amongst themselves for Draupadi, hence she made them all share her as a common wife, by means of a command. She didn’t think of Draupadi’s situation if she was made a common wife. Nor did she think of Karna’s future when she abandoned him, that how a Kshatriya could live as a sutaputra.

Yudhishtira cursed all women (after Karna’s death, when Pandavas came to know that Karna was their own elder brother) that they wouldn’t be able to keep a secret from anyone, because his mother so excellently kept away such an important secret from all, ruining a Godly warrior’s life, and also thousands of soldiers could be saved if she had let out her secret. Most of the disastrous events in the Mahabharata would not have happened if Karna was known as a Pandava. 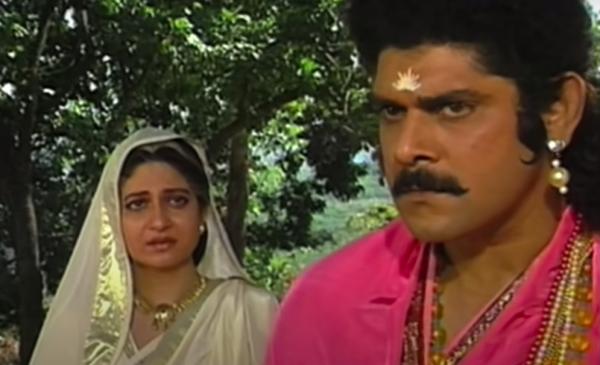 Many retellings of Mahabharata display Kunti as arrogant, commanding and indifferent to Draupadi, calculative and ignorant of people other than her sons. She wanted her sons to always look up at her for advice. She wanted to be the one who would control their decisions. She was known to never shed a tear. She wanted to go with her sons into the forest during their exile, even in her old age. 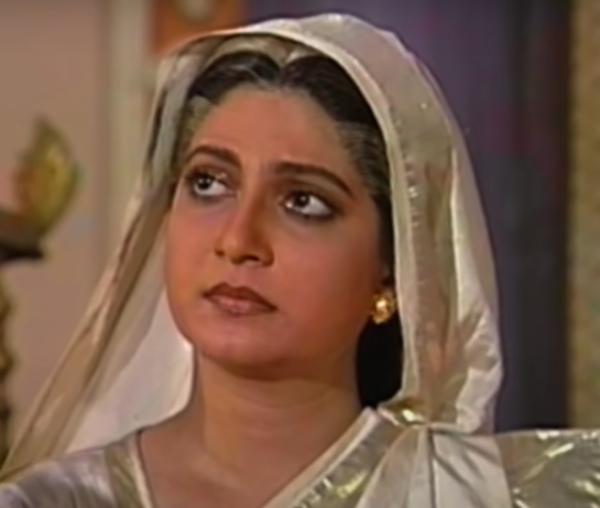 But most of the Mahabharata serials portray Kunti as an affectionate, kind, and soft woman. She wore only white since she was a widow. She cried a lot, especially for Karna, but never found the courage to let out her secret. She left the palace and along with Dhritharashtra, Gandhari and Vidura went into a forest for meditation. There they all perished in a forest fire.

Hence, Kunti was one of the protagonists of the Mahabharata, being the cause and performer of many important events and acts, which fill up the pages of Vyasa’s epic.

(all pictures are from B.R. Chopra’s Mahabharata)

One thought on “Kunti Devi From Mahabharata: A Character Sketch”