Lakshmana is one of the most important characters of the epic Ramayana, written by Sage Valmiki. An incarnation of the thousand-headed snake Adishesha, on which Lord MahaVishnu sleeps, he was the third son of King Dasharatha. 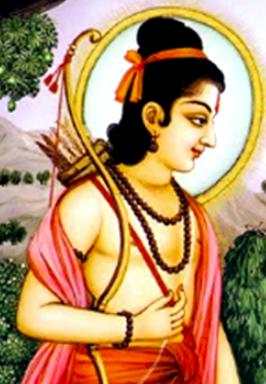 Lakshmana was so devoted to Rama, that everyday, when Rama was resting, he would massage his legs. He wouldn’t let Rama do anything, and do all he could to serve him. He obeyed every order of Rama, even if he didn’t wish to do it.

He was married to Urmila, Sita’s sister. He left Urmila for 14 years, to serve Rama and Sita in the forest, because he didn’t want to leave Rama alone. This shows his love and devotion towards Rama, as he was willing to leave his wife and live in exile with his brother Rama. 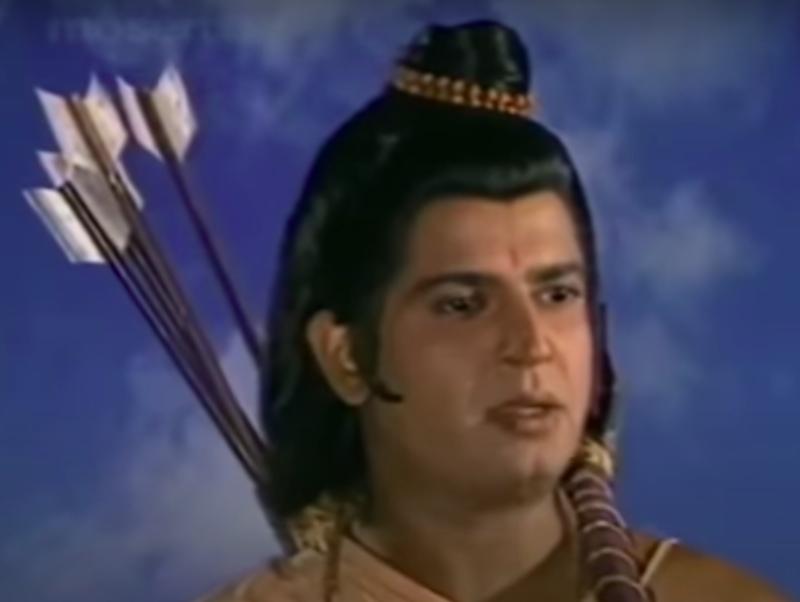 During the exile, Lakshmana was very helpful for Rama and Sita. He built them a hut in Panchavati, brought them food and guarded them. When Surpanakha tried to attack Sita, Lakshmana cut off her ears and nose in punishment.

The main characteristic of Lakshmana is his temper. He was extremely short-tempered, and almost everyone feared his anger. His anger made him punish Surpanakha because he couldn’t bear to see Sita being insulted.

Lakshmana is famous for his Lakshman-Rekha. When Sita ordered Lakshmana to go and help Rama, Lakshmana knew that Rama was not in any danger. But still he couldn’t disobey Sita, and hence he drew a line around their hut, instructing her to not step outside that line. Such was his devotion to Rama and Sita.

In the war at Lanka, Lakshmana killed many enemies. The most famous warrior whom Lakshmana killed is Indrajit, Ravana’s son. But he had also been injured gravely by one of Indrajit’s powerful weapons, and is revived by the Sanjeevani plant brought by Hanuman.

After the war, when Rama tells Sita that she must go through a test for her purity, Lakshmana gets angry at Rama for the first time, since he is unable to believe that Rama does not trust Sita. He is someone who cannot bear to see Sita being insulted.

After Rama’s coronation at Ayodhya after the exile, Rama asks Lakshmana 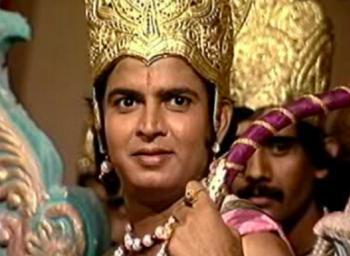 leave Sita in the forest, due to the mistrust kept on her by the citizens of Ayodhya. Lakshmana couldn’t bear his feelings and very reluctantly obeyed Rama’s orders and Sita’s wishes to leave the palace. He begged Sita that he would come with her and serve her in her exile, but Sita did not allow him to.

When Lava and Kusha captured Rama’s Ashvamedha Yagna horse, Lakshmana goes to bring it back. But he had to fight war with his own nephews, even though he was unaware of it. He got angry at the young boys’ taunts and shot arrows at them. But they retaliated by knocking him unconscious by their arrows.

Lakshmana stayed loyal to Rama till the end of his life. A sage had come to meet Rama, telling that no one should interrupt their meeting. If they should, then Rama must sentence that person to death. Rama told Lakshmana to not let anyone in.

But at that exact time, Sage Durvasa came to meet Rama. Lakshmana did not allow him inside, and Sage Durvasa threatened that he would spell a curse in which the whole of Ayodhya will perish. So, Lakshmana thought it was better that he suffer a death sentence rather than destroying Ayodhya. So he interrupted Rama’s meeting, and hence Rama had to sentence him to death. But Rama couldn’t do such a thing to his dearest and most loyal brother. So, he sacrificed him, and Lakshmana drowned himself in the river Sarayu. He regained his original form of Adishesha and returned to Vaikuntha. That was the end of Lakshmana’s life.

Earlier, when Rama was pleased with Lakshmana’s loyalty and obedience he gave him word that, just like how Lakshmana was dutiful to Rama in this birth, in the next birth Rama would be his younger brother and obey all his orders. This came true: Rama was reborn as Krishna, and Lakshmana was reborn as Balarama in the Dwapara Yuga. It is interesting to note that things were contrastingly different when Krishna and Balarama are compared to Rama and Lakshmana.

Lakshmana never went against the orders and wishes of Rama, whereas Balarama, even though he was elder, was almost always against whatever decision Krishna took. Krishna took many controversial decisions relating to Dharma, whereas Rama considered Dharma the most important thing in his life, more than his own wife. Lakshmana took part in the war, but Balarama did not.

But some things are similar. For example, his short-temper. Both Lakshmana and Balarama were easily angered and never quite completely understood the ways and decisions of Rama and Krishna. Both avatars were always eager to fight and bring justice, rather than talk it out, like Rama and Krishna.

Hence Lakshmana was a very important character and a great warrior in the epic Ramayana, and is still respected by many.’ 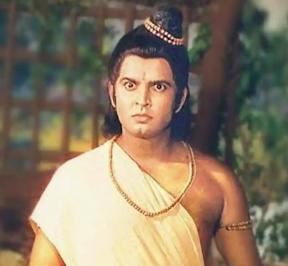 The role of Lakshmana in Ramanand Sagar’s Ramayan (1997-98) TV serial was played by Sunil Lahri. He excellently portrayed Lakshmana’s devotion to Rama and his respect for Sita. He also made the viewers understand the easily-angered character of Lakshmana, and viewers often think of his portrayal as the ideal Lakshmana-character.

One thought on “Lakshmana from Ramayana | A Character Sketch”