From the film ‘Pocahontas’ (1995)!!😇😎🤩😍
Again done in Watercolours! I did not draw the outlines with a black pen in this for a change. Pocahontas’s eyes are a bit different from the usual Disney eyes! In the movie, she doesn’t have those white dot-reflections in her eyes, but I added them to make it a tad more beautiful. Pocahontas from the Disney movie made in 1995, is loosely based on a true story of a woman named Pocahontas from Native America. 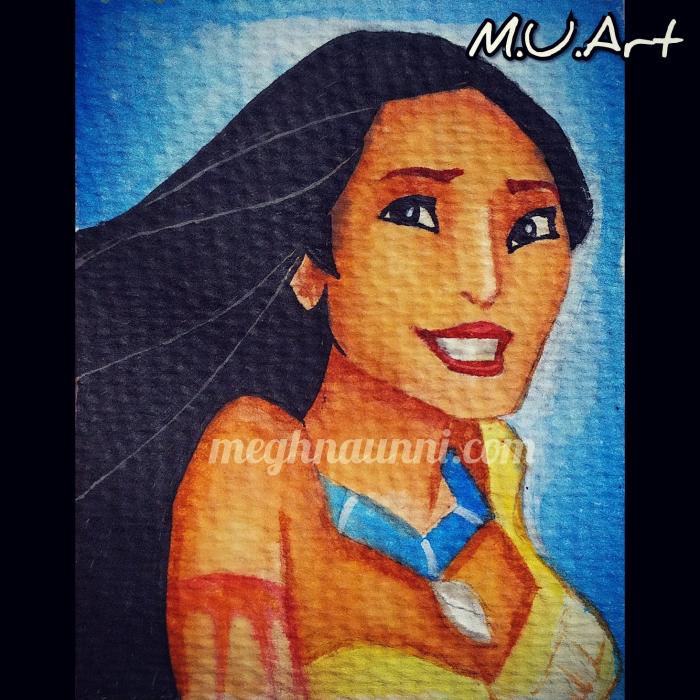