Bureau of Energy Efficiency, BEE Painting Competition on Energy Conservation is always a well conducted competition by the Ministry of Power, Government of India. It is conducted by Powergrid Corporation in TN. The state level is always held at Anna University.

I was selected as one of the 50 participants in the Senior Category (B-Category) for the Tamilnadu State level competition held on November 14, 2017. Topic for that year was ‘Our Mission, Energy Conservation’.

The below picture is solely created by me for this competition. I was in the 8th grade, and really wanted to win a prize in this prestigious competition, for which I had been trying from my 4th grade. I was selected once in 2015 when I was in the Junior category, but could not do well in the State Level. This competition was a really tricky one, there were so many restrictions on whom to be awarded with the prizes.

I ended up winning a Consolation Award of Rs. 5000/- in the State Level in 2017. And a risky attempt next year, if I get selected again. I would be considered for prizes only if I win a place in the first 3. It would be a ‘Do or Die’ situation. But I was very happy as this picture created without any help could win a Consolation award at a very competent level. 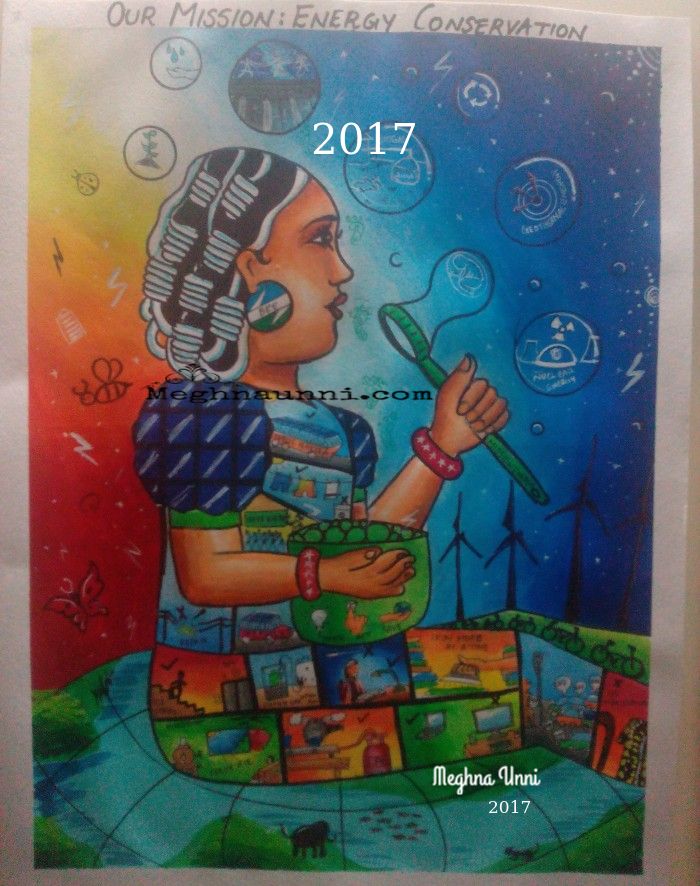