Happy Birthday Harry! It’s not everyday our young man turns 40, is it?

I had been wanting to do Harry for a long time. I had also wanted to draw Ron, Hermione and also Hogwarts. Well, since I heard Harry was gonna turn forty next week, I thought then maybe I should do it fast. I wanted to try something different, so I decided to do it on a black chart, inspired by the different artworks I saw on Instagram. So I tried out an outline of J.K.Rowling, (though she is unrecognizable) and drew Harry in it. and and top of the silhouette, I planned to do the Hogwarts Castle I so dreamed to live in.

I coloured Harry with colour pencils, and to my utmost surprise, it came out really well. I finished the Hogwarts castle in pencils too. I wanted to do something really important in Hogwarts on the sides, so I did the Forbidden Forest with Harry’s Patronus for decor, and the Quidditch Stadium on the other side, preparing for a tensed-up Gryffindor-Slytherin Match. Both of them came out fairly well, and I started thinking about the background. Since it was a black background, I thought of doing doodles with my silver pen. But then I ended up writing spells all over the background, some truthfully from my memory, and some from Google-searches. Finally, it was done, and looked quite good! 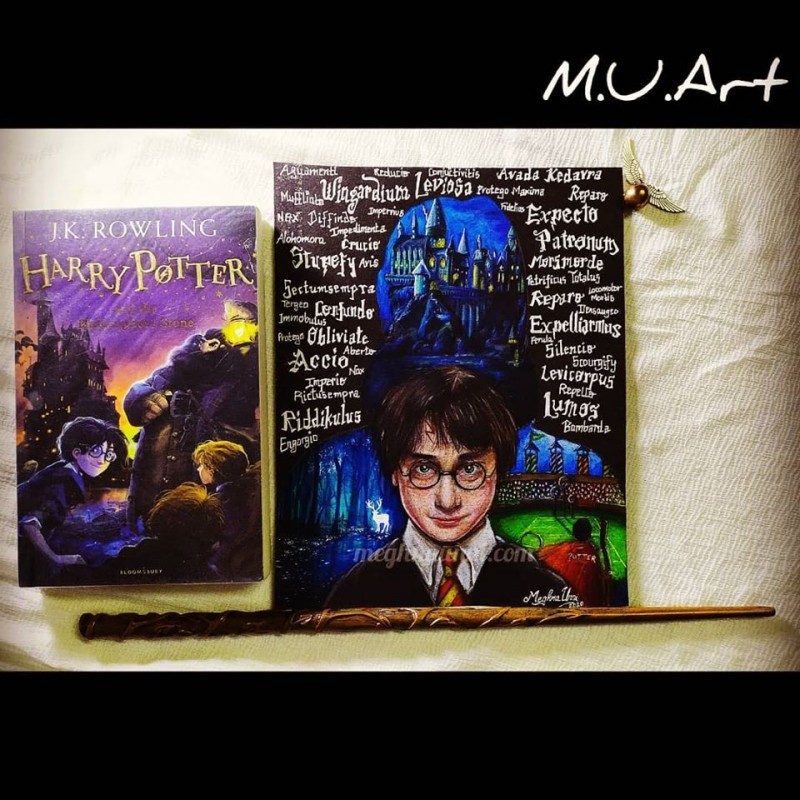