Nidra Devi or Devi Yogamaya, also called Mahāmaya or Vindhyavāsini is considered to be the personification of Lord Vishnu’s ‘maya’ or ‘illusionary powers’. She is a form of Goddess Durga and the sister of Lord MahaVishnu. She regularly lends help to Lord Vishnu for establishing Dharma by assimilating the oppressive Asuras. In the Devi Mahatmyam, She is known to have helped Lord Vishnu defeat the tyrants Madhu and Kaitabha with Her Maya or illusionary powers. In the Dwapara Yuga, She plays an important role in Lord Krishna’s birth, by being born as Yashoda’s baby girl at the house of Nanda. Vasudeva, Lord Krishna’s father, exchanges this baby with baby Krishna and takes her back to the prison where Krishna was actually born. When Kamsa arrives to murder his eighth nephew, his prophesied killer, the child slips upward from his hands and Devi Yogamaya appears in the sky in Her form of Durga, fully equipped with weapons in Her eight arms. She then informs a shocked Kamsa that his killer isn’t dead and still lives, and will definitely be the end of him.

According to some legends, Devi Yogamaya again takes birth on earth as Subhadra, the darling younger sister of both Krishna and Balarama, who eventually marries Arjuna and births Abhimanyu, the future of the Pandava line.

Devi Yogamaya in this series represents Māya or illusion. 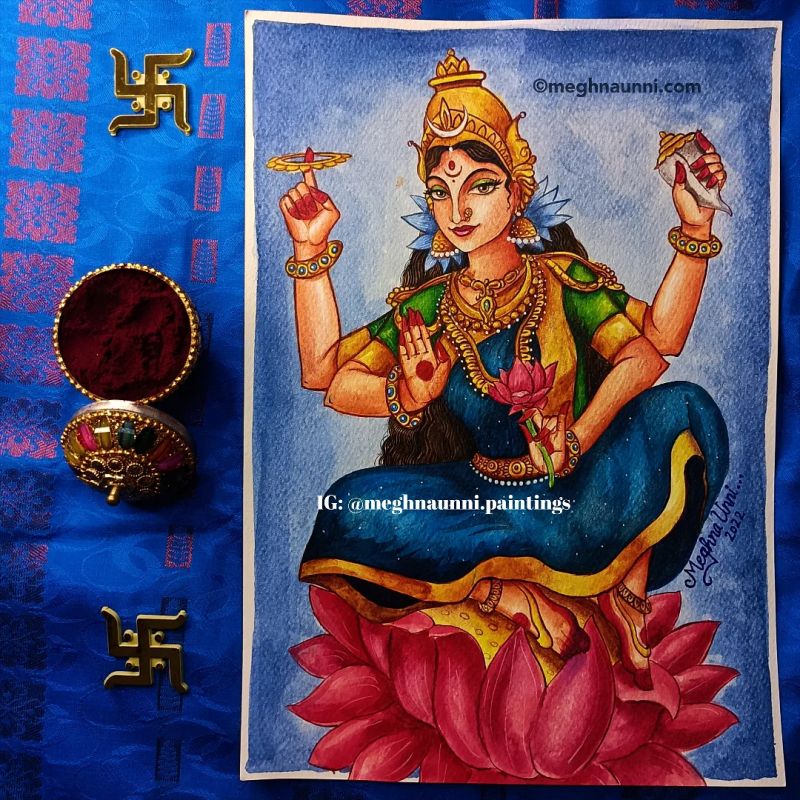