Being impressed by the first movie, Jurassic Park, I decided to see the second movie, The Lost World: Jurassic Park, filmed in 1997. It was as good as the first, but was more complicated and more disastrous. The mathematician and chaos theorist, Ian Malcolm (Jeff Goldblum) is the main lead, along with his daughter Kelly (Vanessa Lee Chester) and girlfriend Dr. Sarah Harding (Julianne Moore) and others such as John Hammond’s nephew Peter Ludlow (Arliss Howard). There are many more new characters in this movie. 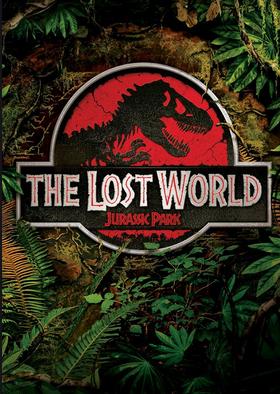 The films revolves around the plot in which Hammond’s nephew Ludlow, a wealthy CEO of InGen, wants to build a Jurassic Park in San Diego, to attract people as it is nearer. Ian goes to the island of dinosurs to retrieve his girlfriend Sarah, but obviously, they get attacked by the deadly inhabitants there. Ludlow and his team are also there on the island, and using heavy machines and tranquilisers, they capture many dinosaurs, with the aim of transporting them to San Diego for the park. They hurt a T-Rex infant, as a bait to bring the adult T-Rex closer to catch. But Sarah and Nick (a documentarian who accompanied them to the island) free the captured dinosaurs, which wreak havoc across the camp. Nick and Sarah bring the T-Rex infant and treats its broken leg, but the adult T-Rex comes in search of it and eventually attacks their trailer, and they are rescued by Ludlow’s team.

Then they all decide to call for help from the nearest InGen building, built earlier in the first film. On their way, they all encounter many dinosaurs and most of them are killed and devoured by the beasts. The survivors, Ian, Kelly, Sarah and Nick reach the building, struggle to flee from Velociraptors and escape on a helicopter, thinking of convincing Ludlow to give up his dino-plans. 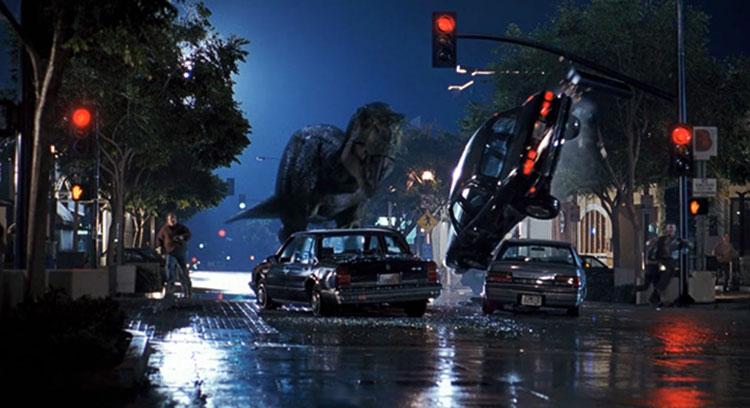 But the story doesn’t end here, unfortunately. The greedy Ludlow doesn’t give up his desire for a Jurassic Park in San Diego, and somehow manages to capture a T-Rex, along with its infant and bring it to San Diego on a ship. The ship crashes into the docks, and it is discovered that the whole crew had been killed. The cage is accidentally opened, and the deadly T-Rex is released. It makes a tour of the sleeping city, horrifying all the citizens, and destroying many things, searching for its infant.

Meanwhile, Ian and Sarah retrieve the infant from the planned theme park and use it as a bait to lure the furious T-Rex back into the ship cage. They successfully manage to close it in along with the infant and Ludlow, who is devoured by the infant. Later, Hammond announces on the news that the island has been declared a nature preserve, stating Ian’s former dialogue in the first film, “Life will find a way.”

The most horrifying scenes are the ones which involve the Compsognathus dinos, which devour their victim in the most horrible way. The scene in which the T-Rex destroys the trailer, is also heart-stopping. Not to mention the scene in which the T-Rex rampages the city. It is an excellent proof of what will happen to a city, if dinosaurs are on the loose. So, I do hope any scientists are not fool enough to meddle with things of the past, and try ingenious, but foolish experiments to revive horrendous creatures known to live millions of years ago.

However, the film was a good experience, full of action and thrills. Not to mention the chills when someone’s mauled by a carnivorous dinosaur.