Good Morning to everyone present here. Today, I am going to apprise you about our first Prime Minister, Pandit Jawaharlal Nehru. 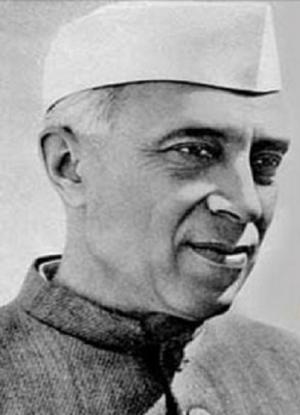 Born on November 14, 1889, the day we celebrate Children’s Day, at Allahabad, he was a prominent freedom fighter of our Indian independence. His parents were Motilal Nehru, a lawyer, and Swaroop Rani.

Nehru’s childhood was sheltered and uneventful. Instead of going to school, his father had him tutored at home. However, at the age of 15, he went to England for higher studies at Harrow and Cambridge Universities. He studied law and followed his father’s footsteps as a lawyer. He married Kamala Kaul in 1916 at the age of 27 and they had a daughter, Indira Gandhi.

Nehru witnessed the brutal behaviour of the Britishers towards the Indians and vowed to fight against them and drive them out of his motherland. He joined Gandhiji in the Independence Movement and became a popular leader of the country. He played a major role in our freedom fight leading to the Indians’ choice of him as our first Prime Minister. He delivered the famous speech, ‘Tryst with Destiny’ on the eve of India’s independence, leading all our forefathers in the right direction.

He was a very influencing Prime Minister and took up many initiatives to bring up our country in development. He was very fond of children and thus, it is on his birthday that we Indians celebrate Children’s Day.

On 27th May, 1964, Chacha Nehru passed away due to a heart attack in Delhi. Nevertheless, the great leader continues to live in the heart of every Indian. Jai Hind.