This is a letter writing task given to our class for English in school. I had written it as a letter to the editor of a leading newspaper. But omitting the format of the letter in this page.

Suggestions for the safety of elders living alone in our society.

Since the advent of nuclear families and the reduction of joint families, most grandparents and elders live alone these days. They display much innocence and sometimes ignorance too. They are often targeted by criminals and thieves, especially in towns and cities. 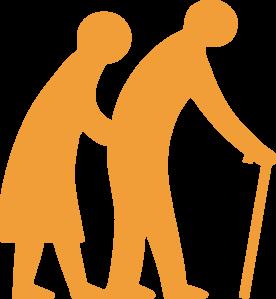 Elderly people are generally soft-mannered and thus they fall into the trap of these cunning criminals. They pretend to be vendors or even next door neighbours and gradually befriend the poor grannies and grandpas, who without any ill-feeling, take these people into their confidence. Then the criminals win. They can now come and go whenever they wish to into the elder’s homes, later threaten and steal their money and wealth. If they are caught by the senior people, they immediately attack the poor people, sometimes harming their lives too, as elders are not strong enough to fight back these strong, cunning musclemen thieves.

I would suggest elders to who stay alone to be cautious and clever enough to identify good from bad. However sweet they may speak, they should not trust anyone completely whom they haven’t seen as a relative or friend for a long time. Secondly, each elder one should possess an anti-attacker weapon like a pepper spray or some simple martial tricks to make a counter-attack on the attacker. They must also know that they should inform the Police immediately if they notice anything fishy.

Hope this helps many…