Even though the Harry Potter books have sold over 500 million copies, I can still find many people who haven’t read them. Many of my friends even say they dislike Harry Potter, although it makes me wonder what made them dislike it, when most of them who said this had not even turned a page of a Harry Potter book. According to me, there’s nothing to dislike in the series, except maybe few characters. 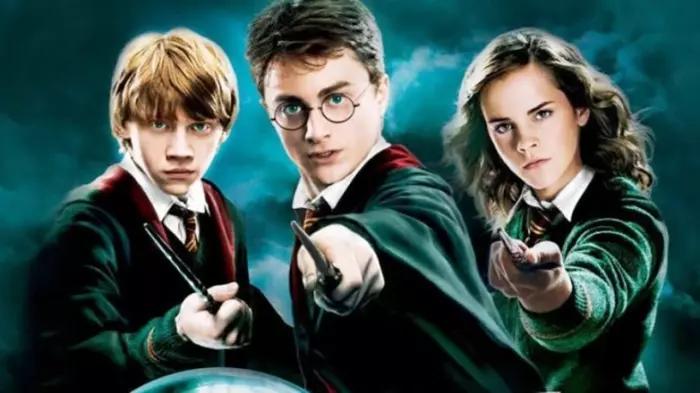 Here, I’ll tell you why you must read Harry Potter at least once in your life. You could also watch the movies, but I feel, for the essence of the Wizarding World to sink in, reading the books are better. I’m not telling that the movies are not good enough. I love the movies and the way they filmed the story, and especially the Quidditch scenes and the final battle. It provides an excellent visual of the things which can’t be understood completely from the books. But I would recommend watching the movies only after reading the books. 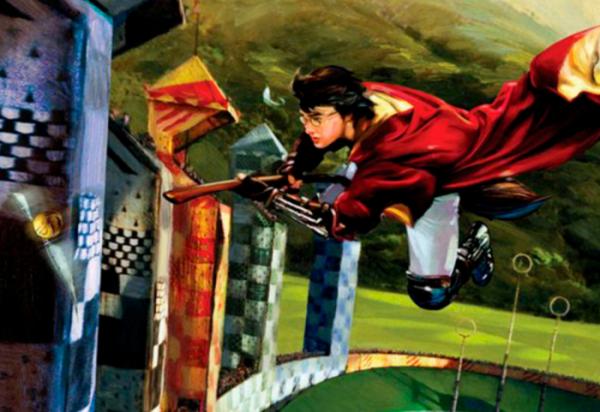 Here’s why you must read Harry Potter:

The Wizarding World fascinates everyone, children and adults alike. In the Wizarding World, there are witches and wizards who possess magic. Real magic which can be taught and controlled, not like the paradoxical kind of magic we see in other films or stories. You kind of start believing that there IS a real Wizarding World, because J.K.Rowling designed it in that way. And those who don’t know about the Wizarding World or do not possess magic in them are called ‘Muggles’. That’s us, actually. The whole theme of the series itself is based on this world. In the series, the Wizarding World is hidden from the Muggles, so that their secret is not exposed. For example, if there’s some accident which killed both Muggles and wizards, the Muggles are told some story about it, like a gas-explosion, bomb-blast, or some other Muggle-type of accident. Such facts and events eventually prompt us into believing in the existence of such a magical world.

Hogwarts School of Witchcraft and Wizardry is another facet of the series which make it so popular. This is a school, the real type of school like the ones which we Muggles attend. All children who possess magical abilities are sent to this school to get trained in magic. There are different subjects, teachers for each subject, a headmaster, sport activities, different school houses, dormitories, Christmas holidays, detentions, a hospital-wing, the year-end examinations and lots more, not to mention the regular visits to a shopping village near the school. 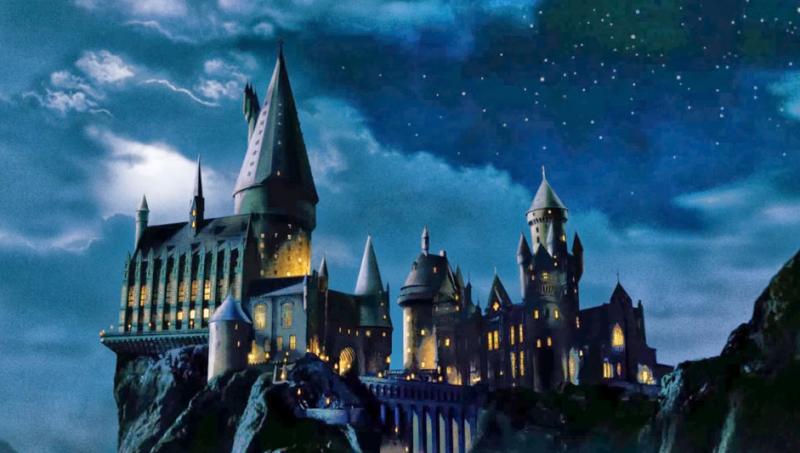 Such realistic features in a magic school impress every reader. The attraction becomes more, when we learn that, to join this school, you have to receive a letter from the school itself, informing  that you have a place there, along with the instructions as to buy whatever necessities, like books, study instruments, parchment (for paper) and quills (for pens).

The subjects are far more interesting. There is Transfiguration (transforming one thing into another), Charms (learning to perform spells, charms, and enchantments), Potions (brewing liquids for various purposes like healing, transformation or even luck), Defence Against the Dark Arts (here you’ll learn how to defend yourself from Dark Magic), Herbology (study of magical plants), History of Magic (as always, anything we study will have some boring history in it), Care of Magical Creatures (learning about magical creatures) and lot more interesting subjects.

These features of Hogwarts, along with the regular feasts with yummy, delectable food, the amazing Quidditch matches (Quidditch is a game similar to basketball, but played on flying broomsticks), the inter-house rivalry, and rule-breaking by our characters just let yourself sink into this amazingly-woven story.

There are so many spells in the Wizarding World, that can be of quite help in our Muggle lives too. For example, ‘Accio’ (summons something to us), ‘Reparo’ (repairs something broken), or ‘Scourgify’ (cleans a dirty object). There are so many such spells and charms, but there are curses too. The most dangerous one, the Killing Curse (Avada Kedavra) kills the opponent instantly without any trace of murder. The Cruciatus Curse causes the opponent to experience extreme pain throughout the body. There are lots more, most of them in the books, but there are a fair few in the movies too.

Yes, Harry himself attracts many readers. He was orphaned at a very young age, by the most dangerous Dark Wizard of all times. But, curiously, he was able to defeat this Dark wizard at the tender age of one. This made him so famous in the Wizarding World, that there was no one who didn’t know his name. But, poor Harry, he was made to live with Muggles till he got his Hogwarts letter. He never knew his own story and popularity until he was eleven. His life was at danger every year. He almost died many times. His bravery and loyalty towards the good, and help from his loved ones rescued him from the hands of death.

Friends are the sunshine in life. Orphaned young and quite alone, Harry would not have survived at Hogwarts and in his dangerous life, if it were not for his friends, Ron and Hermione. Values such as friendship, loyalty, truthfulness and love can be learnt from J.K.Rowling’s masterpiece. Hermione’s smartness and intelligence at the right moments can be just flabbergasting, and mouth-openers. Ron was right in telling this- “We wouldn’t last two days without her.” 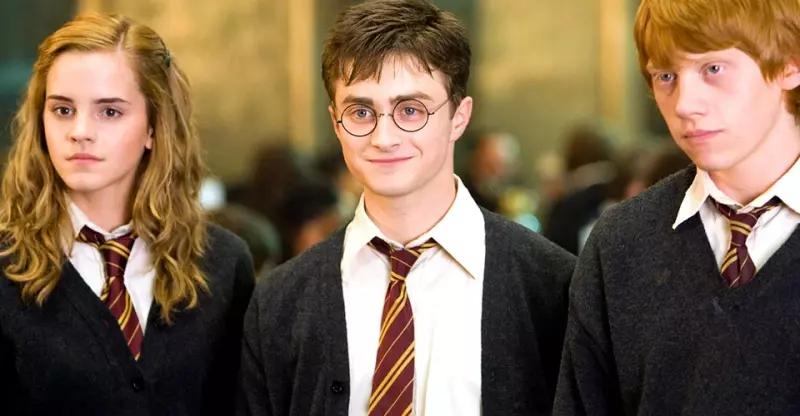 There are always two sides in a story: the good and the bad. The villain of the story is Lord Voldemort, who’s main obsession is to kill Harry, who created his downfall at the age of one. He adds danger, evil, cruelty, malice and deaths to the story, making it even more stirring and heart-stopping. 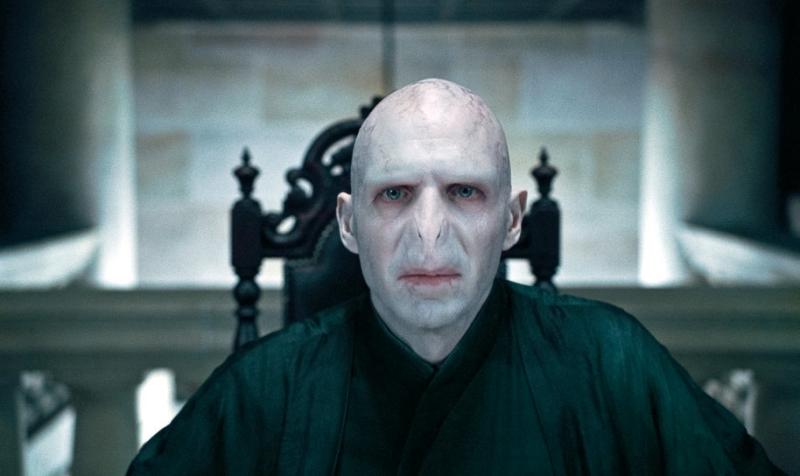 A good story is a mix of good and bad, truths and lies and sadness and happiness. The story of Harry Potter has not only these, but more enthralling features like punishment, rule-breaking, adventure, fear, friendship, revenge, help, death, mistakes, worries, and lots more. Ron’s jokes, Hermione’s sassy dialogues, and the Weasley Twins’ humour are some things which never fail to atleast make us smile. Love is something which can’t be overcome, because love itself overcomes everything. Mistakes can be done by old, wise men too. People may not be the type they seem to be. Love can defeat Evil. A mother’s sacrificial love always stays immortal. Those who leave us are always within us. Those who live without love are the ones to be pitied. A powerful, happy, lovable memory can defeat evil and fear. It is important to not consider public opinion too seriously, as they can be inspired by some fake information. Always stand for truth and good, and you will succeed. Help will always be given to those who ask for it. Always welcome death with open hands, because that’s what Harry did, all his life. Never fear to speak anyone’s name, because fear of a name only increases fear of the thing itself. 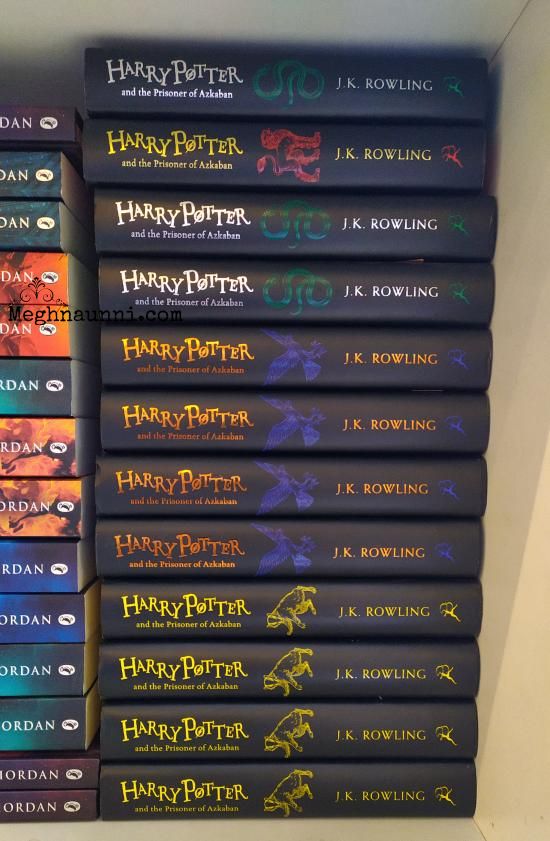 These are the values which the Harry Potter series teach its readers. I guarantee you: Just read the first book, completely and properly- you will definitely want to read the next and its next, and finally the last one. Becoming a Harry Potter fan is not so difficult, after all.

WHY ARE THE HARRY POTTER SERIES A MUST-READ?
Tagged on: Book Review    children writing    Harry Potter

One thought on “WHY ARE THE HARRY POTTER SERIES A MUST-READ?”