Mahamantri Vidhura is one of the most intelligent characters in the epic Mahabharata. He is an incarnation of Lord Dharmaraja or Lord Yama, and thus always sided with dharma.

Lord Yama was cursed by Sage Mandavya to be born on earth as a human, and thus Vidhur was born. He was the son of the maid of Vichitravirya’s queens, Ambika and Ambalika, and Sage Vyasa. He was born healthy, unlike Pandu, who always looked pale, and Dhritharashtra, who was born blind.

Bheeshma was his guru, and taught him ethics, moral values and dharma. He was so intelligent and learned in dharmic rules and values, that he was made the Prime Minister of Hastinapur. He was the one who discouraged Bheeshma to make Dhritharashtra the king of Hastinapur, stating that a blind man cannot protect his kingdom, and suggested that Pandu be king instead. He could sense and understand everyone’s feelings, such as Dhritharashtra’s hurt ego, Shakuni’s evil plans to trap the Pandavas, and Duryodhana’s jealousy at the Pandavas’ glories. 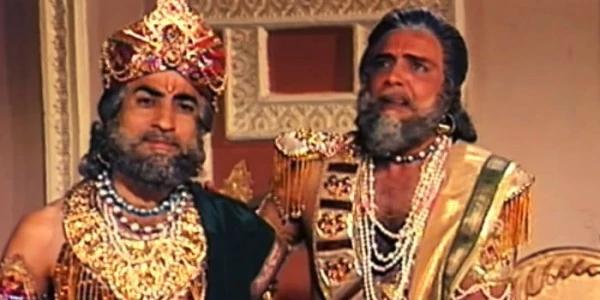 When Dhritharashtra announced that the Pandavas go to Varanavat for the festivals there, Vidhura knew right away that this was some cunning plan against the Pandavas. He got to know about the wax-palace meant to burn the Pandavas alive. But whenever he tried to warn Yudhishtira about it, Shakuni came in to interrupt, and thus Vidhura could not tell them about their doom directly. Instead he gave a small hint about fire, rats and tunnels to Yudhishtira. Yudhishtira, himself being the son of Dharamaraja and Kunti, was brilliant enough to understand and make out what his uncle Vidhura had said. Hence, it was Vidhura who saved the Pandavas from the burning Lakshagriha at Varanavat.

Vidhura plays an important role throughout the epic. He constantly warns and tries to advise Dhritharashtra to be more kind to his brother Pandu’s sons, but in vain. He too, like Bheeshma and Drona, knew about Hastinapur’s fate long before it actually happened.

Vidhura was the only one in the Kuru Court, who protested when Draupadi was humiliated. He begged Dhritharashtra to stop the game of dice, he protested in favour of Draupadi, and was also badly insulted and rebuked by Duryodhana. He had warned the king to not conduct that game of dice earlier, but he did not heed Vidhura. Hence, Vidhura could not do anything but curse and mock the Kuru warriors for their cowardice, and hesitation to protect Draupadi. 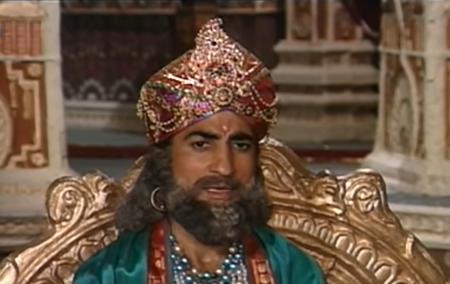 Vidhura was known for his Vidhur-niti, and his bitter talk. He never spoke anything which made no sense. Hence, whatever he spoke was the truth, and he also never hesitated to tell the truth even if it was bitter to hear. He was always humble, and loyal to Hastinapur, and always cared for its welfare, hence an ideal minister.

He was a pure soul, for he never sided with adharma, that is Duryodhana. Hence, when Sri Krishna displayed his majestic Viraata-Roopam in the Kuru Court, when he came as a peace-apprentice, Vidhura was one of the very few people like Drona and Bheeshma who could see the Lord in his majestic form. None of the others could see him, for the divine light blinded them, but did not for Vidhura.

Whenever Krishna visited Hastinapur, he never stayed in the grand palaces. He preferred to stay and have food at humble Vidhura’s home. He said it was refreshing to taste a humble and pure man’s food rather than the ones at the palace.

Towards the start of the Kurukshetra war, Vidhura resigned from his post as Prime Minister as a protest against Dhritharashtra who allowed the war to happen. He only sided with the Pandavas, though he didn’t fight in the war.

After the war, he left to the forest along with Dhritharashtra, Gandhari and Kunti, where they all perished in a forest fire.

Vidhura is still remembered for his intelligence, brilliant mind, and favour of dharma. He was thus a central character in the vast epic Mahabharata.