Have you ever wondered what will happen if all the animals living today go extinct? Or when all the plants and crops become unable to survive on this polluted Earth? There will surely be a day such as this; when all crops fail, no animal survives, and humans also die in large numbers. Such is the way humans are conquering the Earth.

Instead of gratefully using Her gifts, we are undoubtedly exploiting them and torturing Her. Sea levels will rise drastically, submerging large cities. Summer will sweltering hot, that you’ll feel you’d better melt away. Unknown and new diseases which had been hidden in the ice sheets of Arctic and Antarctic regions, will ravage the Earth, killing millions, since the glaciers have melted completely.

Nothing of this is impossible. But still, humans have developed a method to prevent complete extinction of all species. Such things are shown in several movies, such as ‘Jurassic Park’, which bring up the extinct Dinosaur species, using genetics. 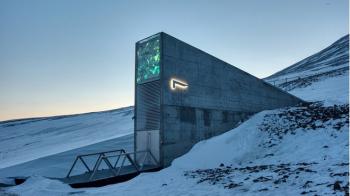 Yes, there are places and people who store the DNA or, genetic material of all the major species on Earth. Even crop seeds are stored in this way. One such famous one is the Svalbard Global Seed Vault on the Norwegian island of Spitsbergen.

Seeds of all kind are stored here. In future, in case of a crop blight (as portrayed in the movie Interstellar), these seeds can be used to initiate cultivation, and thus produce food. Even shortage of seeds can also be overcome in future, thanks to this Seed Vault.

The location of the vault is also interesting. Since storage of seeds for long years need a cold temperature, the Arctic region was chosen. This area is also devoid of tectonic-activity, hence safe from earthquakes. It is 130m above sea level, so even if all the ice caps melt, it will not be submerged.

The main aim of this vault is to save the world from starvation if life persists after doomsday. It will help in bringing back extinct plants and crops. 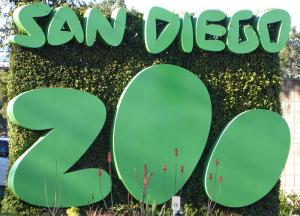 Another such invention is a ‘Frozen Zoo’ @ San Diego Zoo . It is similar to the seed vault, but it is for animals. Just like how seeds are stored in a cold storage, animal genes, DNA material and embryos are stored in frozen conditions.

These can last for many years, and can help bring back extinct animals from these genetic material. A visual imagination can be seen in the movies of the genetically-cloned dinosaurs: The Jurassic Park Series.

So these are the things that are futuristically planned, so that life on Earth doesn’t get completely wiped off. Let’s hope the world doesn’t end too tragedically, and that Man understands the value of the Mother who gives him shelter and resources.

One thought on “What will Happen if all the Animals & Plants go EXTINCT? | Svalbard Global Seed Vault | Frozen Zoo”