About Brahmāni:
Brahmāni (also called Brāhmi) is the first Goddess in the group of Ashta Māthrikas, being the Shakti of Lord Brahma. She is sometimes considered a form of Saraswati. Goddess Brahmāni is bright as gold and is commonly depicted with four heads (which I have not included here). She adorns a karanda-makuta (a conical headgear with rings becoming smaller as they go up) and a Pithambaram (yellow dress). In Her four hands, She holds a kamandalu, a book, a japamalai (rosary) and a noose. She mounts a beautiful swan (symbolising the Vedas) and sometimes also sits on a lotus, with a swan on Her banner (mostly in sculptures).
By worshipping Goddess Brahmāni, one gains proficiency in languages and attains knowledge. She also symbolises creation, just like Lord Brahma.🙏🏼
.
Done using Camlin Acrylic paint on Watercolour Sheet (again own creation; modelled on a Bharathanatyam dance pose😄) 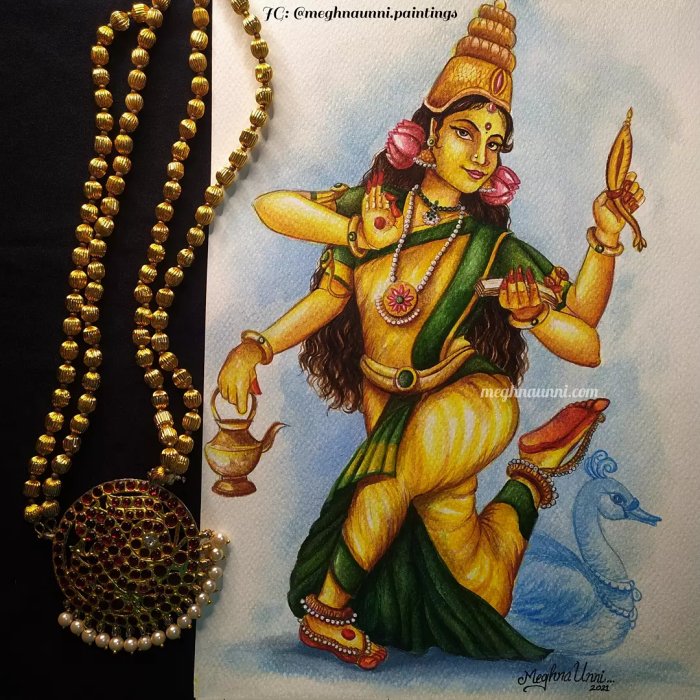 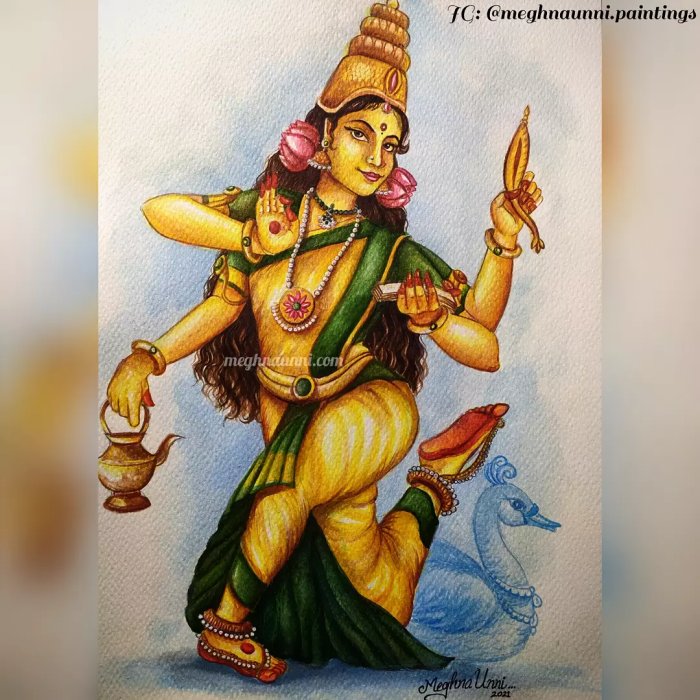