Goddess Meenakshi of Madurai as a young girl.😇 This painting is inspired by Pillai Tamizh Swarajathi from SDN’s “PARAM – The Ultimate”, which describes the birth and growth of Mother Goddess Meenakshi in Madurai.🙏🏼
This item was always one of my favourites from the beautiful soundtrack of Param-the Ultimate.❤️

About Madurai Meenakshi:
Thiruvilaiyadal Puranam mentions the story of Goddess Meenakshi, who rose from the sacred yagna fire as the daughter of King Malayadhwaja Pandya and his wife Kanchanamalai. Baby Meenakshi was born as a 3 year old child, with three breasts, instead of a son as the king had hoped for. A divine voice pronounced Her as the King’s heir and that he should raise Her like a son. It also said that Her third breast will disappear the moment She meets Her future husband.

She was called ‘Meenakshi‘, as Her eyes resembled the shape of a fish. Meenakshi grew up as a warrior princess, ascended the throne and led a great army, conquering the world. She defeated Indra and then led Her way to Kailasa, where She met Lord Shiva. Her third breast disappeared at that moment, and She realised the Lord as Her husband.

The celestial wedding of Lord Sundareswarar (Lord Shiva) and Goddess Meenakshi was performed at Madurai with great festivities in the presence of all Gods and Goddesses. Even today, Meenakshi Sundareswarar Thirukalyanam is held on the 10th day of the renowned Chithirai festival at Madurai. 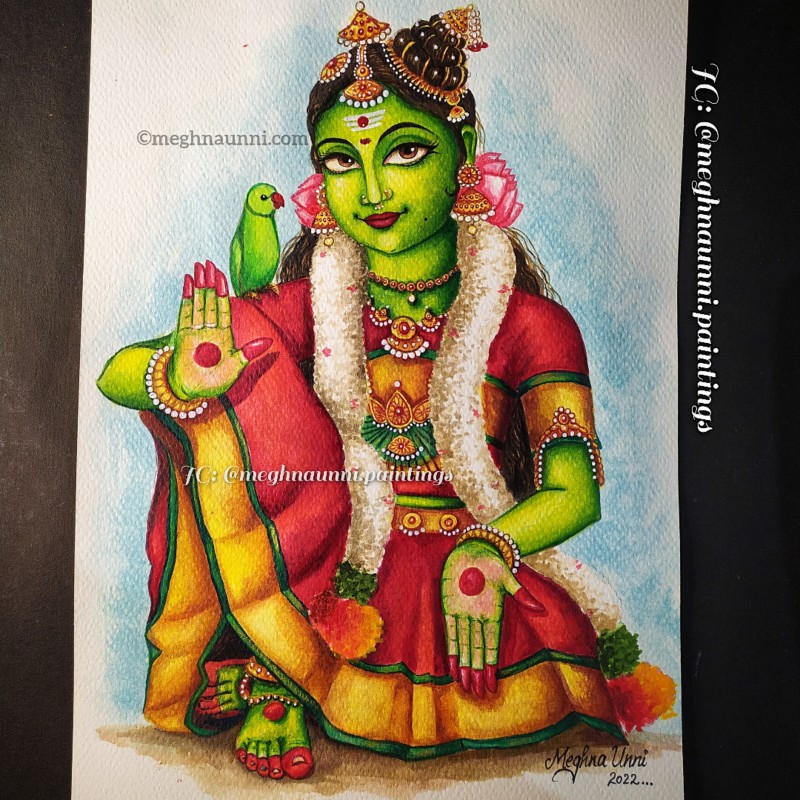