Mahabharata & How it Helped me in improving my Hindi?

How Did I come to Know about Mahabharata?

Very few in my friends circle know about Mahabharata. In this social media world, people neither have time to read books nor are interested in mythology or Indian stories.

Some people just know that it’s about some big war, fought between 5 brothers and their 100 stepbrothers. Some people just know some significant episodes such as Draupadi’s disrobing attempt or Abhimanyu’s death. Even I was such a person until the recent May vacation. I actually wanted to know the story, but I felt it would be too vast and complicated to remember.

The funny thing about my meeting with Mahabharata is that it was a trial by my mom to make me improve my Hindi. I had gone for a 10-day Spoken Sanskrit Camp in my dance class, and she noticed that I could easily grasp it when I heard the tutors speak Sanskrit. My marks were low in Hindi and I hated the subject too. So my mom decided to try me hear Hindi to see whether I could grasp it. I heard from my friends too that they regularly saw Hindi serials and they all had good Hindi. My mom wanted me to do the same, but she didn’t want me to see all those over dramatic Hindi serials. Then she revived her childhood Sunday pastime : the old Mahabharat serial by BR Chop. This way i would even get to know about the epic. So one day, when I was bored during the May vacation, my mom played the first episode of B.R.Chopra’s Mahabharat (1988) TV serial, which she had seen as a kid, from Youtube. She told me that the first few episodes might bore me, but later when the Pandavas and Krishna would arrive, I would find it interesting. And true to her word, I just didn’t find it interesting, I became a fan of it. And after finished watching the 94 episodes of the awesome serial, I even bought a book on Mahabharata, by Devdutt Pattnaik: Jaya, an Illustrated Retelling of Mahabharata. I’m currently reading and it has so many other stories, facts and values which aren’t included in the serial. I feel it’s a shame to not know anything about such a great epic of our country. Our roots lie in it and it is thus necessary to know at least the general outline of the story. I request you all to read this epic or watch it and be aware of our culture, not only about technology.

P.S: Watching the serial really did improve my Hindi and my marks have improved after watching it. 😉 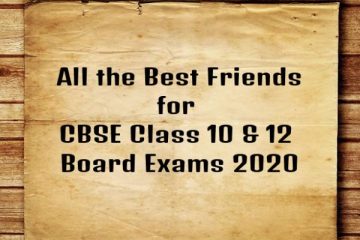 All the Best Friends for CBSE Board Exams 2020

Wishing all my friends for the CBSE Board Exams 2020. For me my class 10 exams starts tomorrow(20/2/2020) with Information Technology. Good way to start as it is an additional subject for me and will Read more… 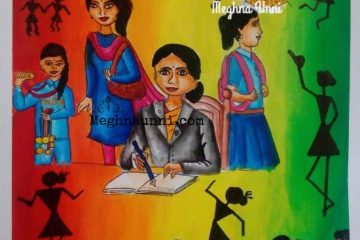 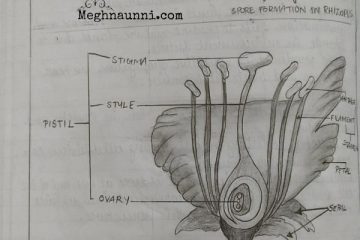