Bermuda Tentacles is a sci-fi English film of 2014. The story is based on the infamous Bermuda Triangle, which is said to lie on the Atlantic Ocean, near Florida. Directed by Nick Lyon, the movie stars Trevor Donovan, Linda Hamilton, Mya Harrison, Jamie Kennedy in the leading roles. 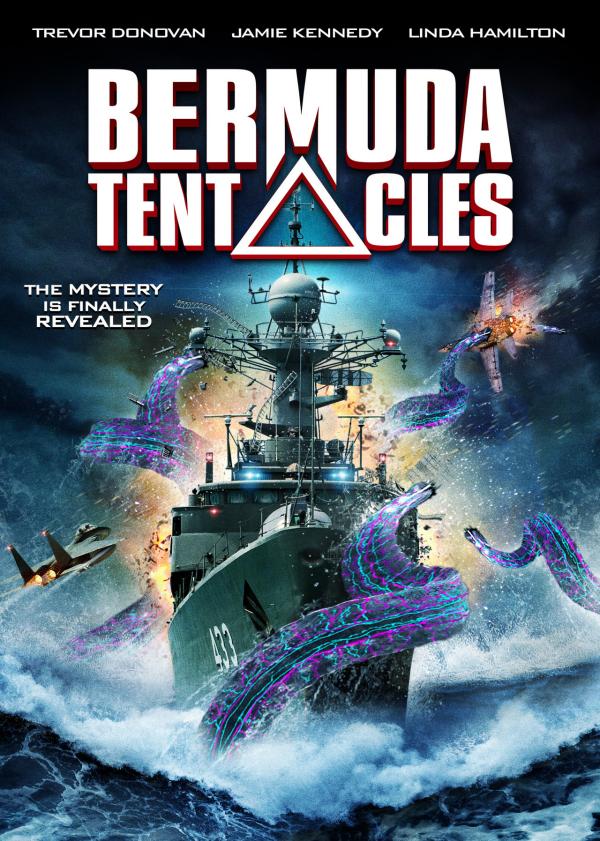 The story starts with the Airforce One aeroplane carrying the US President. As it flies over the Bermuda Triangle, the engine goes down, and the crew send the President into the sea in his personal pod. The US Navy sends their best team to locate and rescue the President before he runs out of oxygen.

But before they could set out on their mission, mysterious tentacles appear from the sea, and start attacking the people on the ship. They seem to be capable of communication and once one tentacle is wounded by the humans’ gunshots, all of them go back into the ocean. 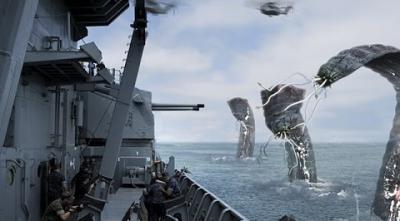 The rescue team makes their way into the depths of the ocean and try to locate the President’s pod. They locate him into a mysterious underwater cavern, which even has an atmosphere. They are once again attacked by the tentacles, and most of them die. They conclude that this is an extra-terrestrial being and that this atmosphere and cavern is also extra-terrestrial. They also find all the ships and aeroplanes which were said to be missing for centuries, in that cavern. 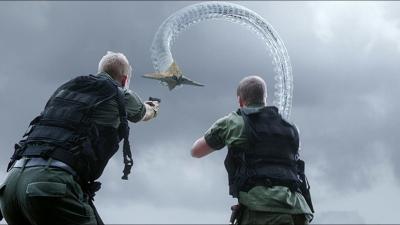 Hence, the mystery of the Bermuda Triangle is solved. They also realise that this extra-terrestrial settlement needs power to function, and that is why all the planes and ships were brought down by them. It was to extract the fuel, coal and power from their machines.

Finally they find the President alive, and they manage to bring him back to their ship. The tentacles had attacked again, and the doctor on the ship discovers that these tentacles are a part of a bigger settlement under the sea. A few moments later, a huge alien ship hovers in the sky dangerously. It also destroys all of the ships around the main ship killing more than 20,000 people. If the alien ship is not destroyed fast, it would proceed to destroy the nearby coastal areas. 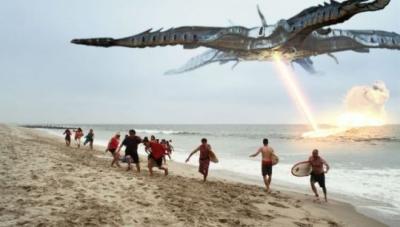 Hence the President orders the men to bombard the alien ship with nuclear weapons and prevent the beach attack. They succeed in it and the alien ship is destroyed, hence removing the mystery of the Bermuda Triangle, and saving the lives of billions of people.

It was not a very thrilling film, even though the story is fairly okay. There are no tension-filled scenes, or anything of that sort. Which, obviously makes it a dull movie. Some parts like the attack of the tentacles, or the arrival in the underwater cavern were interesting to watch. Otherwise, I would consider it an average film.